This long-overdue repair to the steering box in the Red Rocket was made a lot easier by the removal of the engine. I'd noticed that the steering box was leaking when I first inspected the car, and it's been leaking ever since. I suspect it's been leaking for a long time — there was a minor rebuild kit in the box of spares that came with the car, but removing the box with the engine in the car is a tricky job, one that the last two owners never tackled.

The Corvette uses recirculating ball steering, a design that was introduced by Cadillac way back in 1940. It's a bulletproof design, but eventually wear on the shaft and bushings will necessitate a rebuild.

The steering box was sent out for reconditioning. It got new bearings and seals, and the shaft was worn so it was machined and sleeved. Everything got a coat of black engine enamel before being reinstalled (the yellow paint markings in the pictures below are not factory original, they were added by a previous owner). The relay rod received a rebuild kit which included new cups, springs and seal. 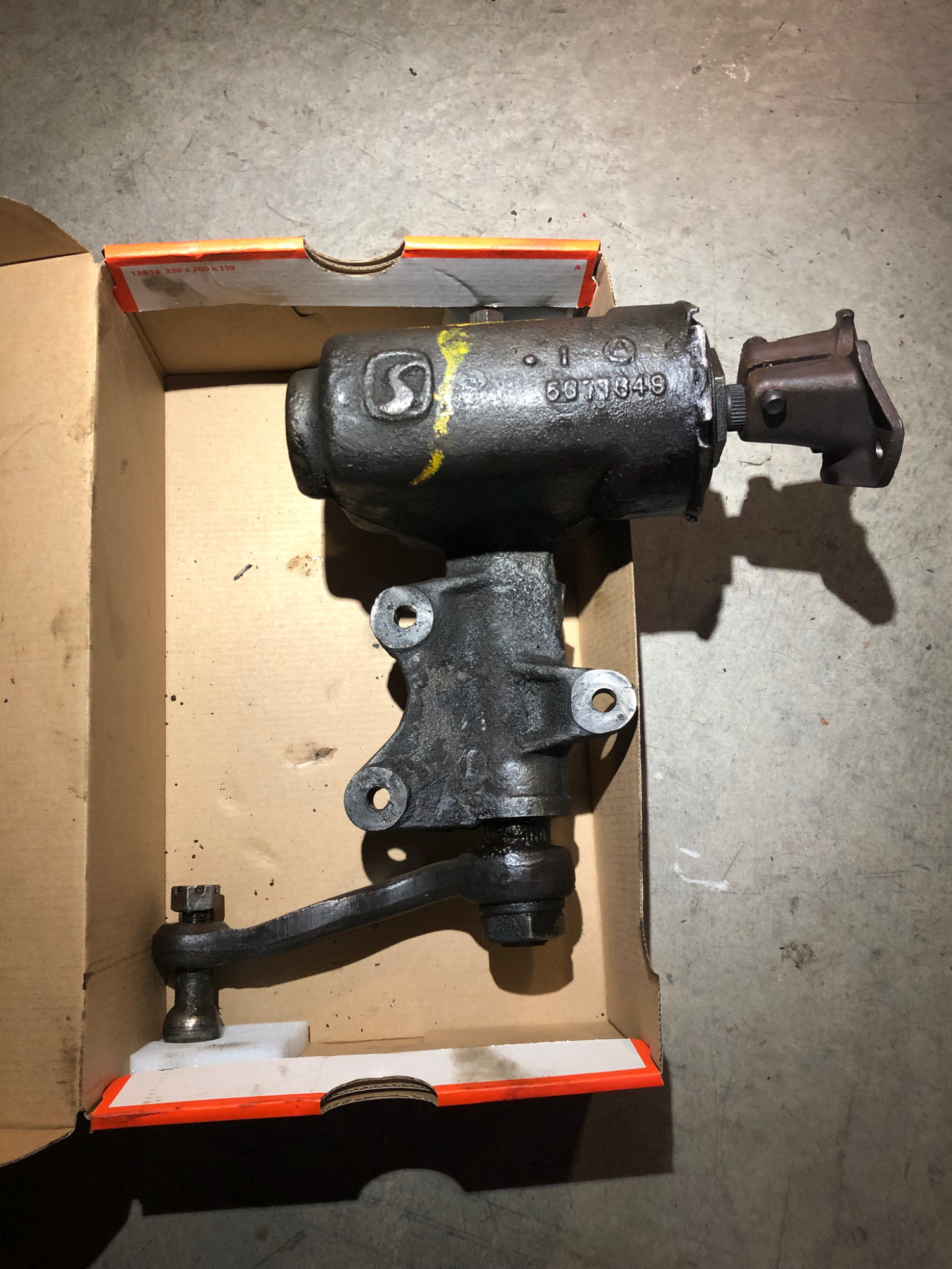 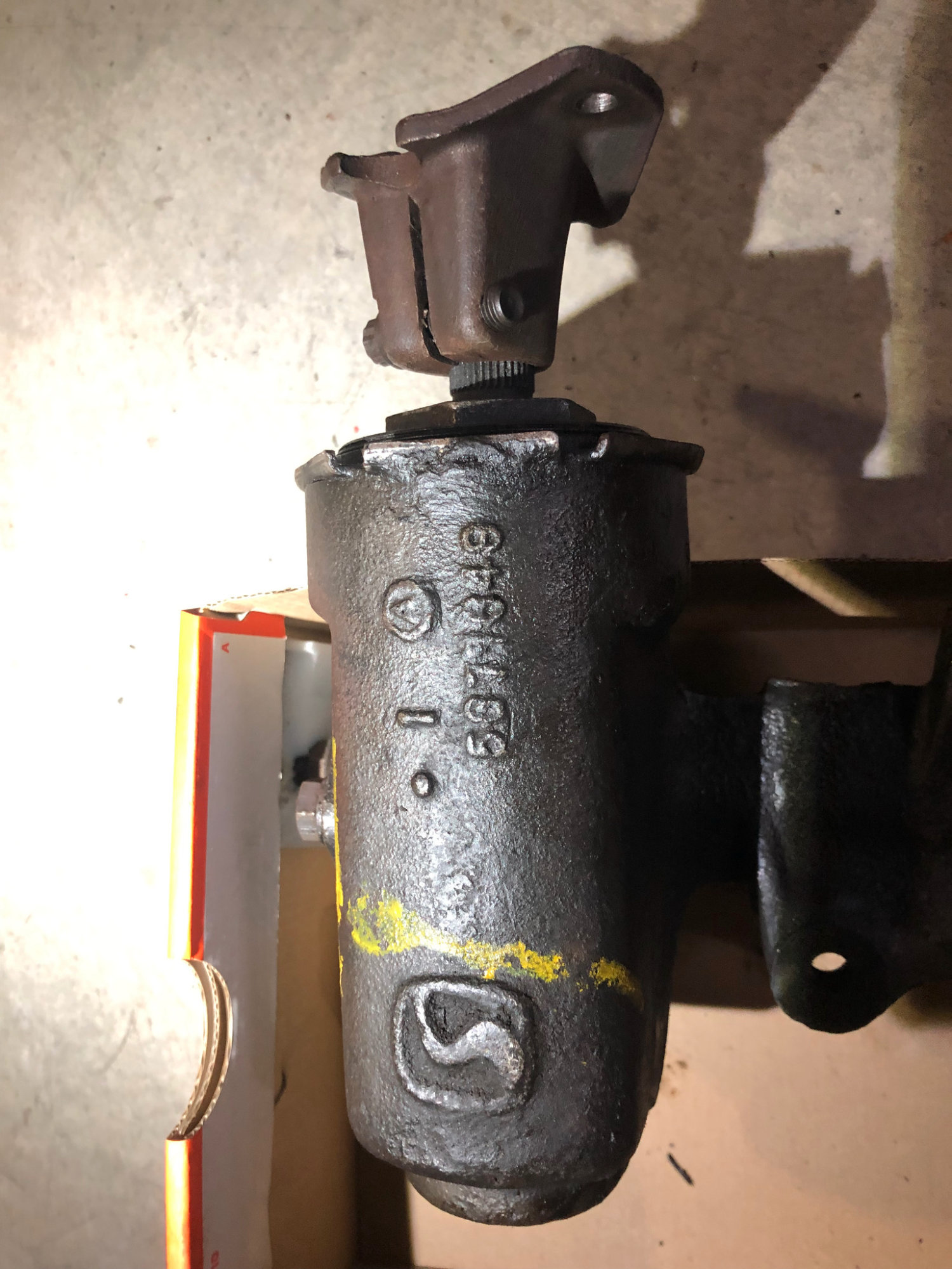 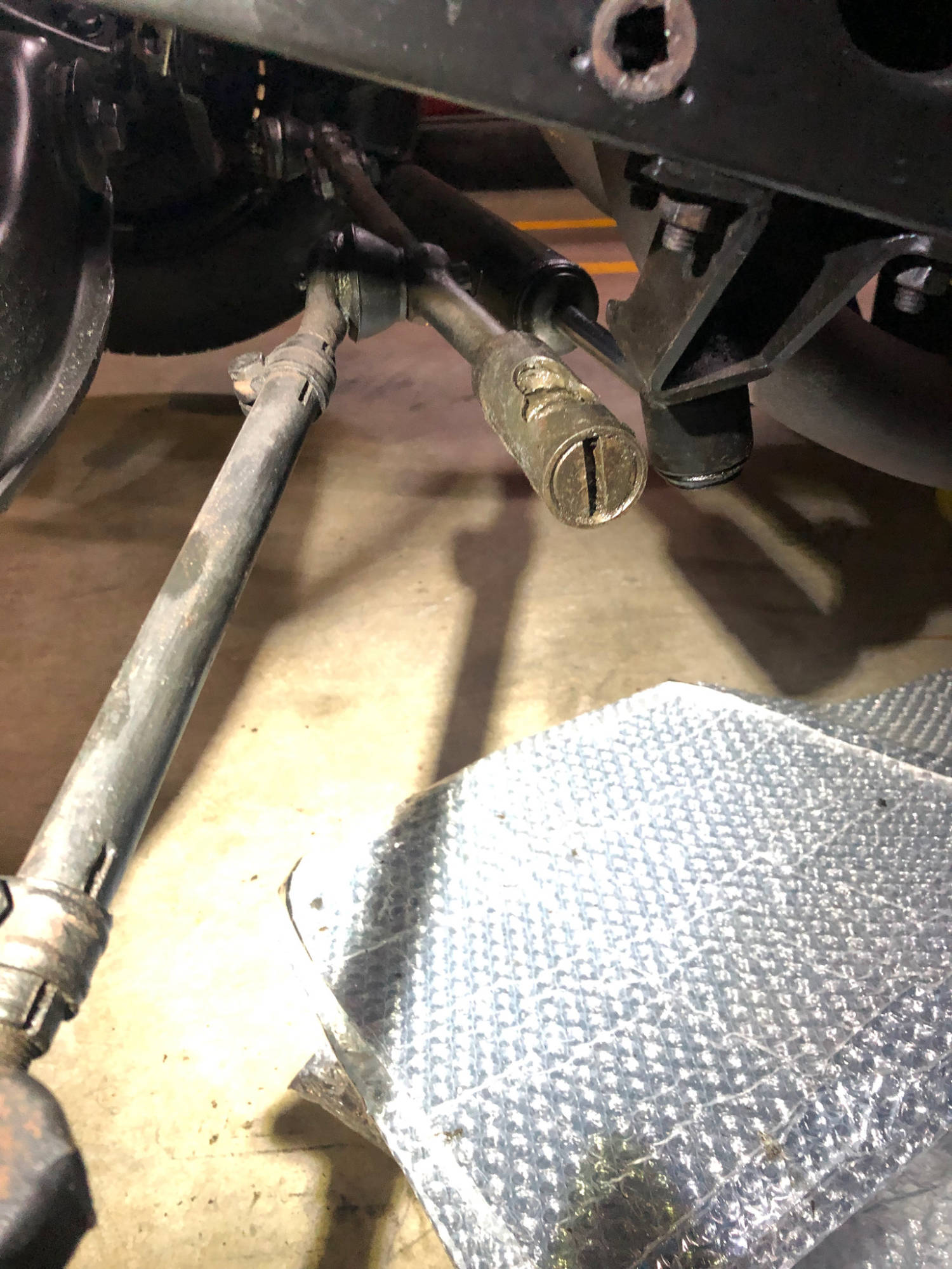