The 327 cubic inch small block V8 was 'the' Corvette engine. Introduced in 1962 (powering the last of the C1 Corvettes), the 327 was the only engine option available in the C2 Corvette until March 1965, when the Mark IV 396 'big block' was introduced.

The 350hp version (RPO L79) was a new engine for 1965. It combined the performance of the solid lifter engines with the 'street-ability' of hydraulic lifters — the 1965 sales brochure referred to it as a "street" engine. It was essentially the 365hp L76 with a new, high-performance 'hydraulic' cam replacing the L76's "30-30" solid lifter camshaft.

In addition to the new cam (known as the '151' after its GM part number), the L79 featured the larger, 6 quart oil pan with windage tray, 11:1 compression, forged crankshaft and dual-plane aluminium intake manifold with 600cfm Holley 4150 carburettor used on the L76.

It also used the now legendary 'Fuelie' heads, with the option of larger, 2.02 inch intake valves. First used on the '62 fuel injected 327, these were the heads to have in the 60's. The heads were topped with the same 7-finned aluminium valve covers used on high performance Corvettes since the 50's. 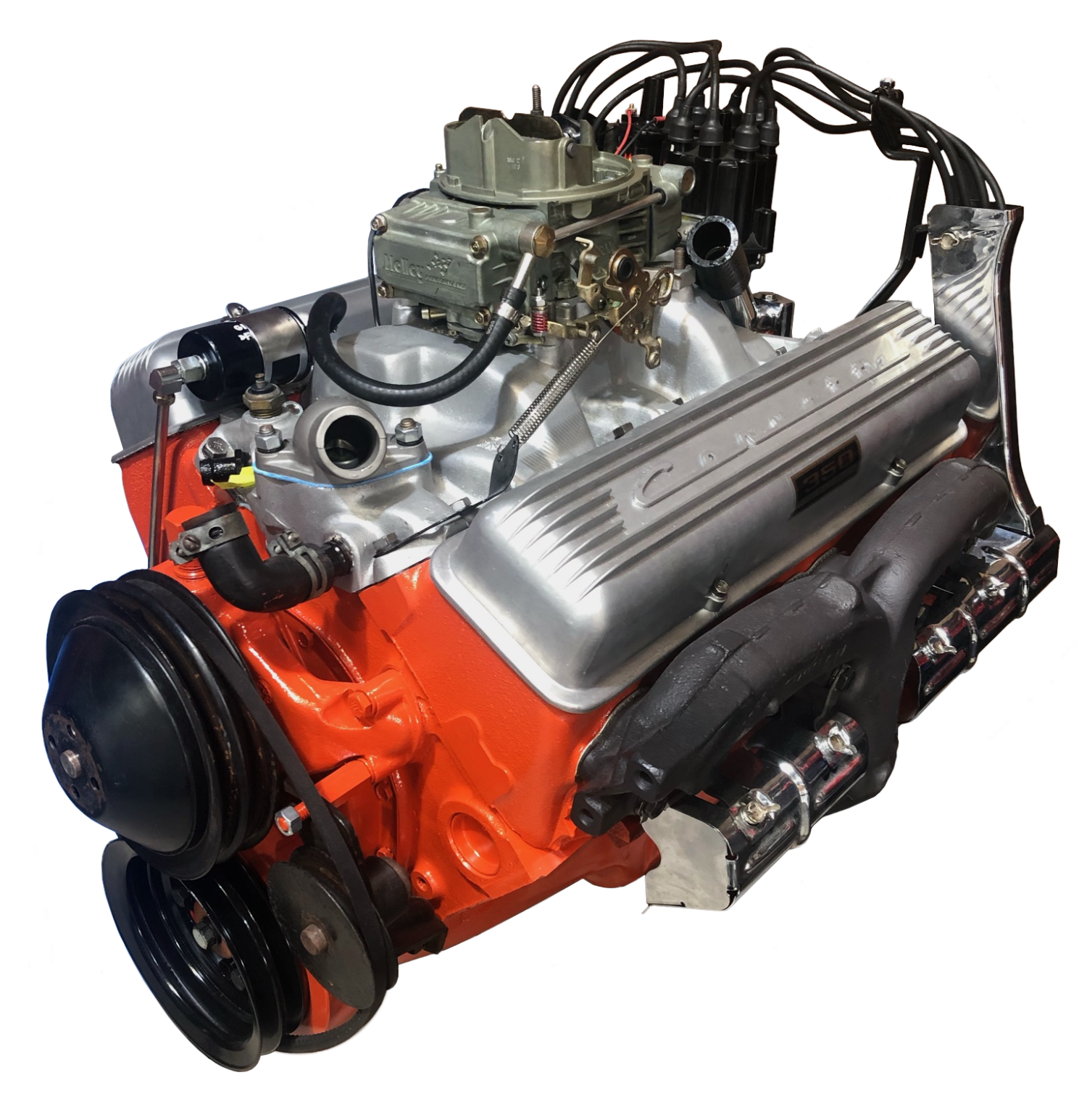 Above: This is the L79 from the Red Rocket just before it was reinstalled in 2021. Note the 'double hump' casting on the heads and original-style Holley carb. 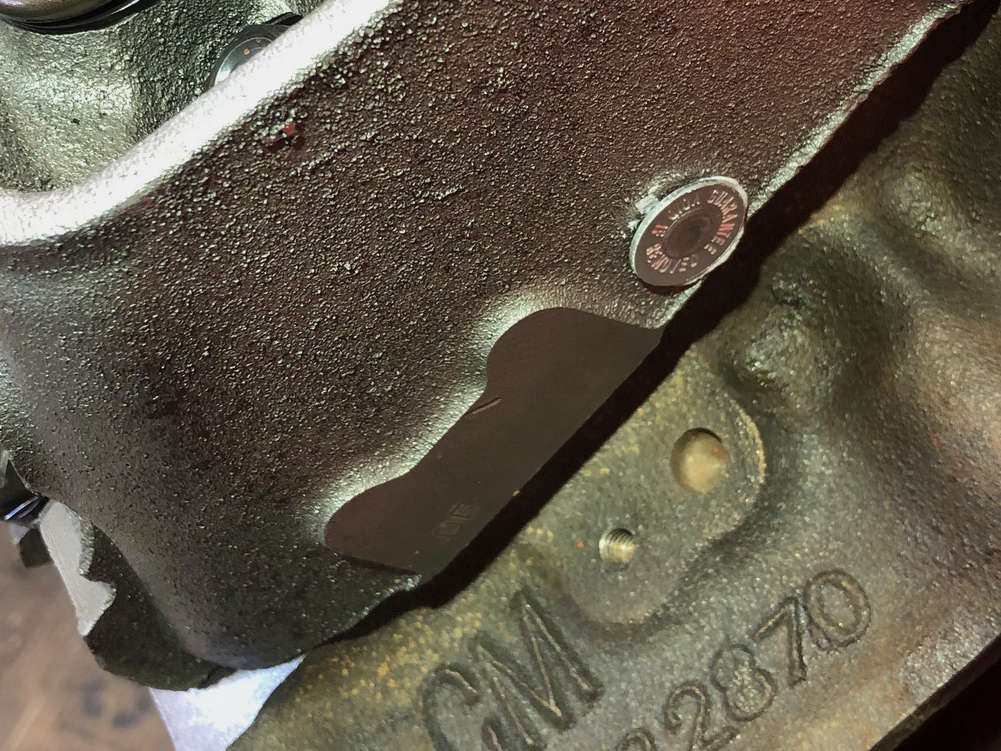 Above: Fuelie heads are also known as 'camel-back' or 'double-hump' heads due to this distinctive casting feature. The heads on the Red Rocket have the larger, 2.02inch intake valves. 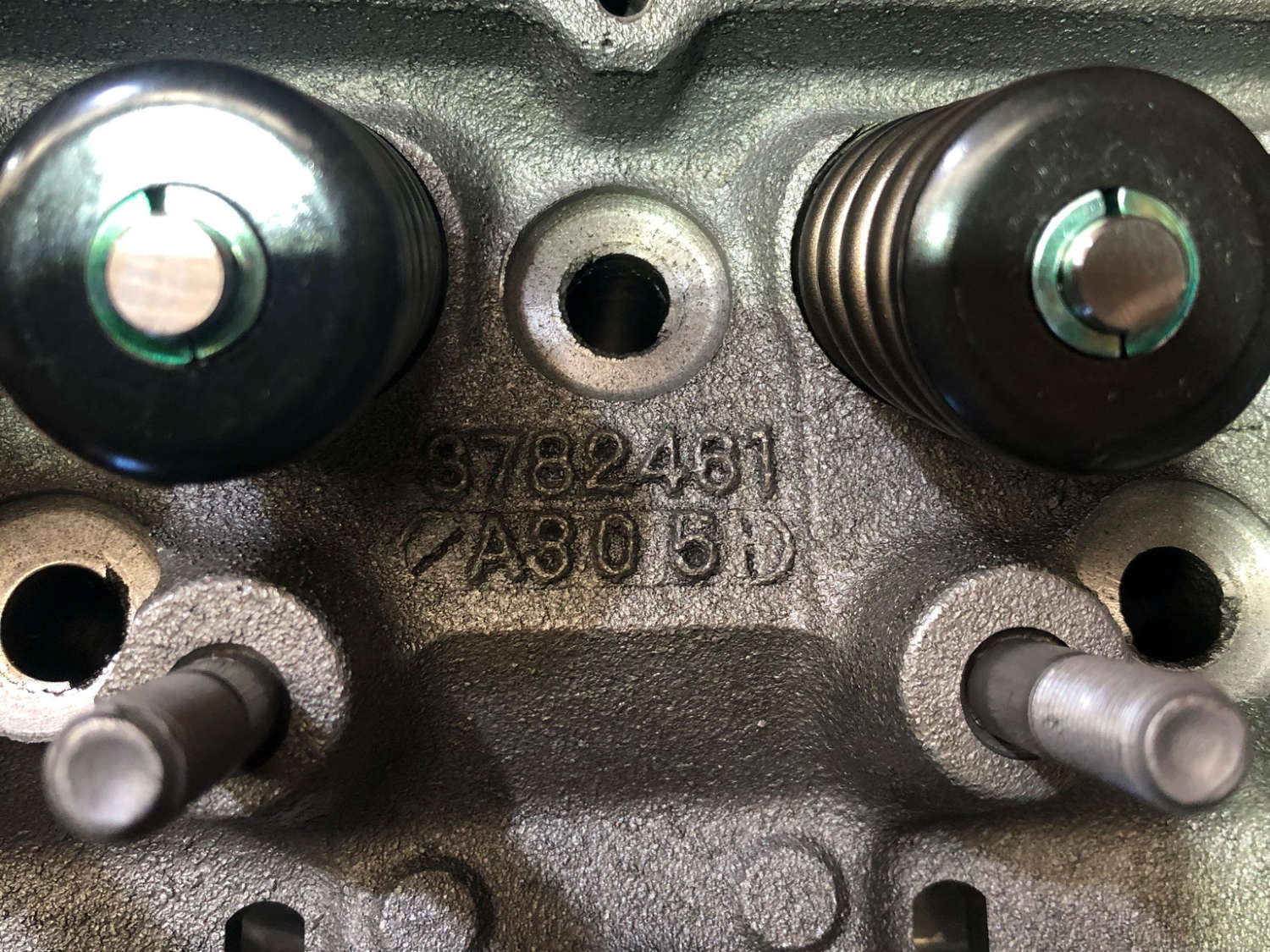 Above: Early Fuelie heads have a casting number that ends with 461. The heads on the Red Rocket (pictured above) have the casting date A305 meaning they were cast on January 30th 1965.
MORE L79 history at MOTORTREND.com