The 3 images in this gallery were part of the history folder that came with the car — they're inkjet prints, so unfortunately the quality is not great. They show the Corvette being delivered to an unidentified owner.

Based on their location in the history file, and the use of ink jet (which became popular in the late 90's to early 2000's) I'm guessing the owner in the photos is Gary Batson from Plano, Texas. It looks like the car has been unloaded from the trailer in the background, so it could be when the car was delivered from Massachusetts to Texas after being purchased from Mike DiCola.

The T-Bird in the foreground probably came in the trailer with the Corvette — a his-and-her's purchase perhaps? They certainly make a nice pair. 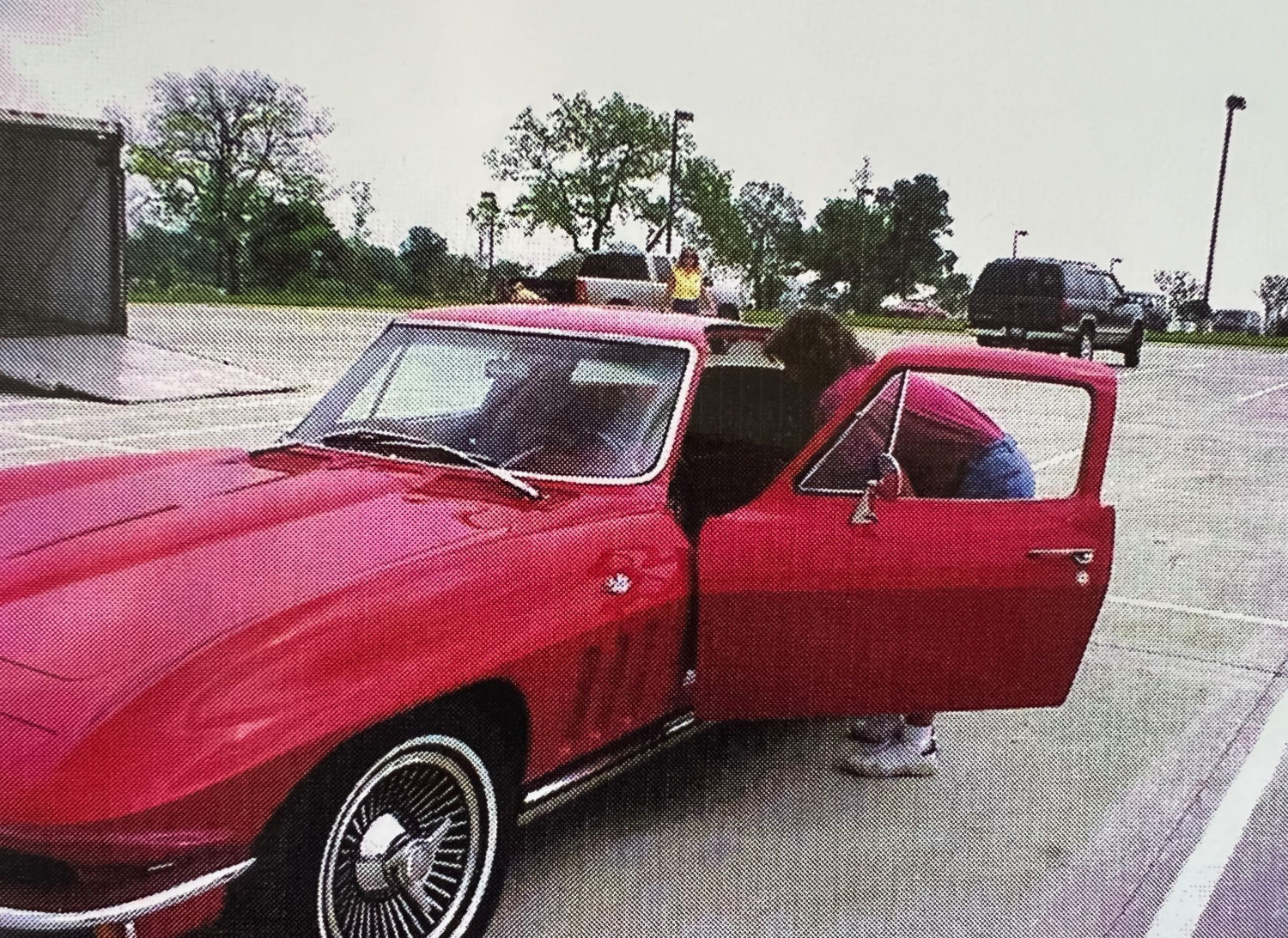 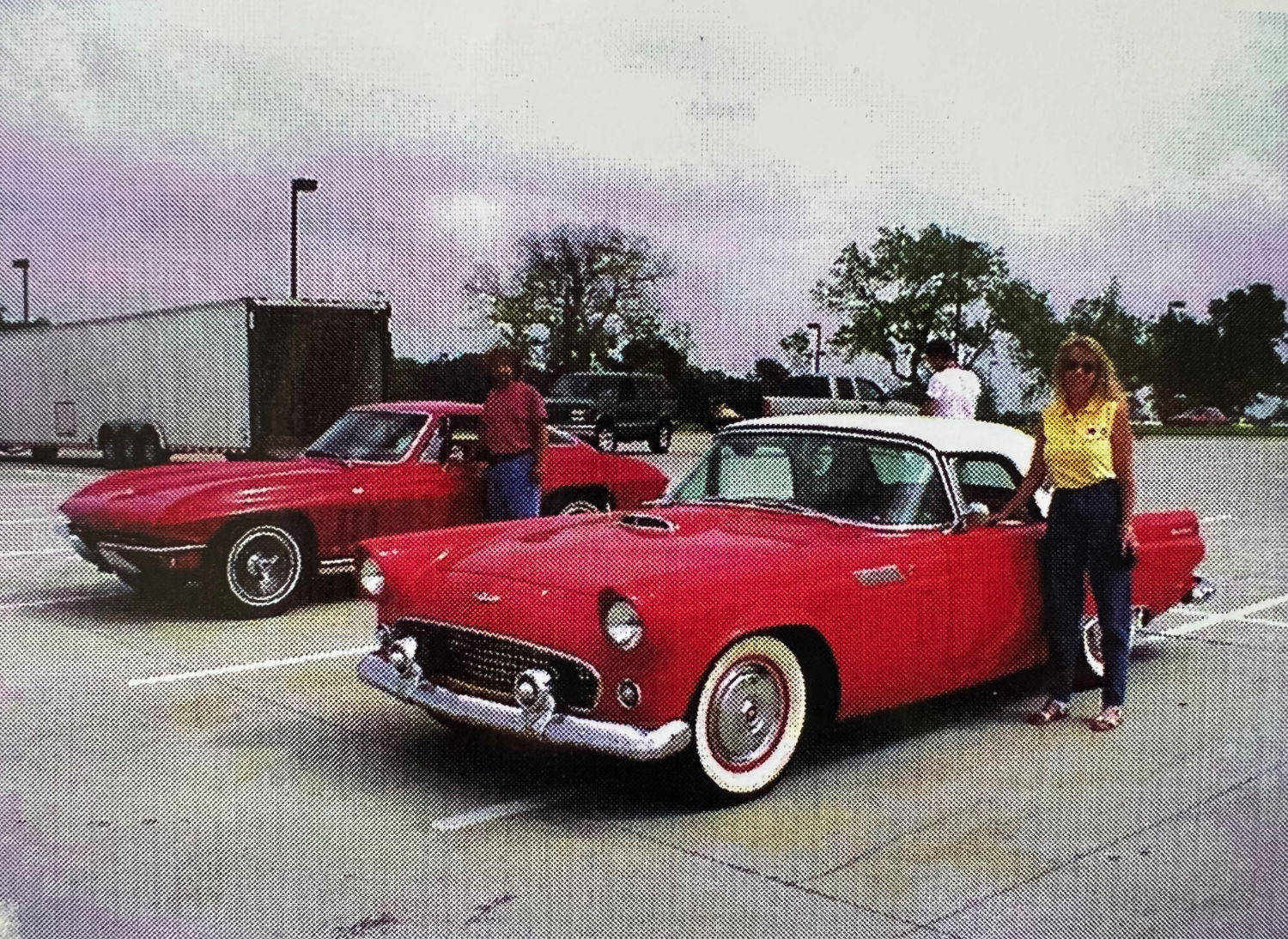 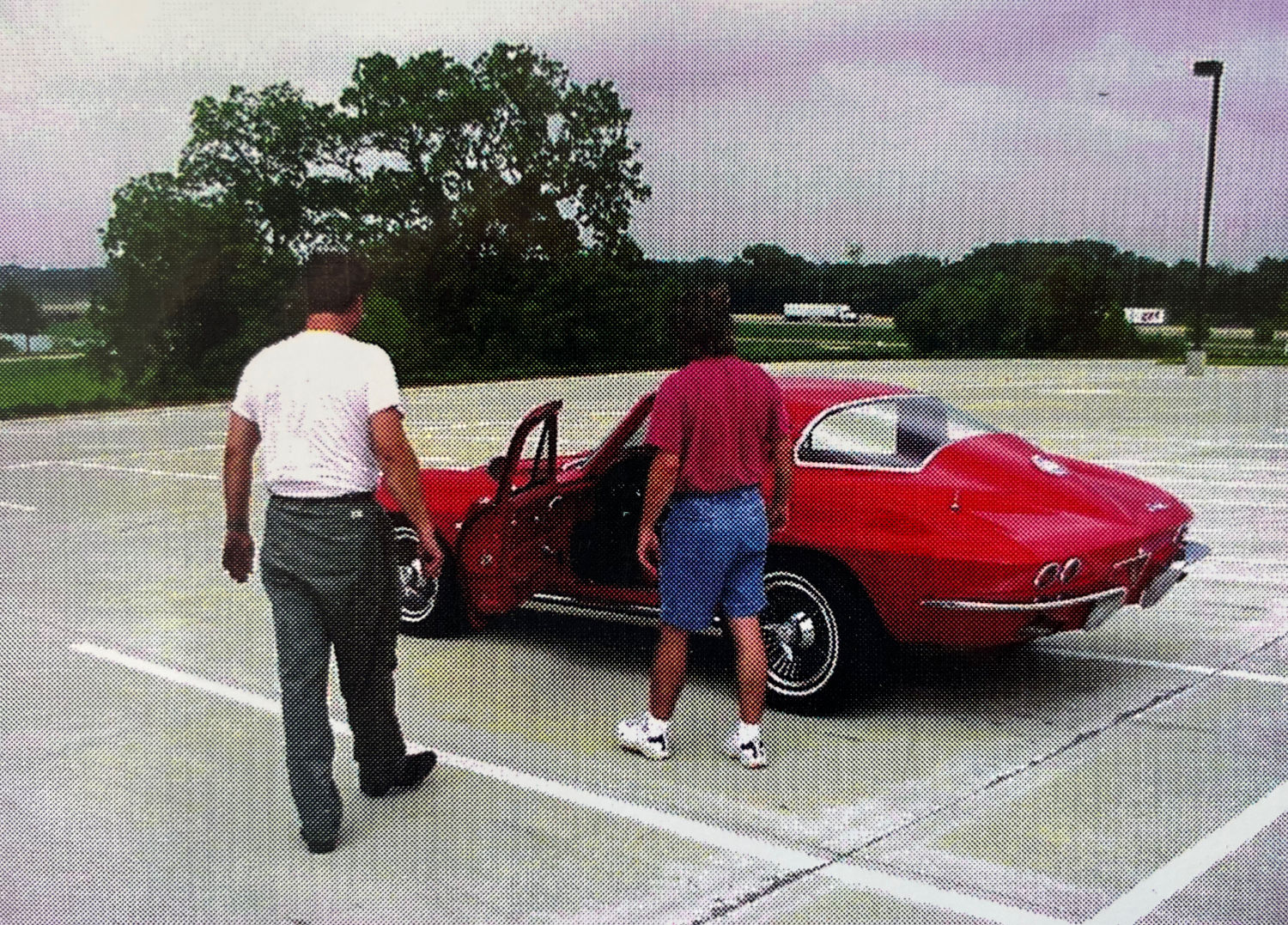 Correspondence between Mike DiCola and Gary Batson (Part 4)
do you know something about this car? get in touch
The Red Rocket is a ‘65 Corvette Sting Ray Coupe living in Sydney, Australia.