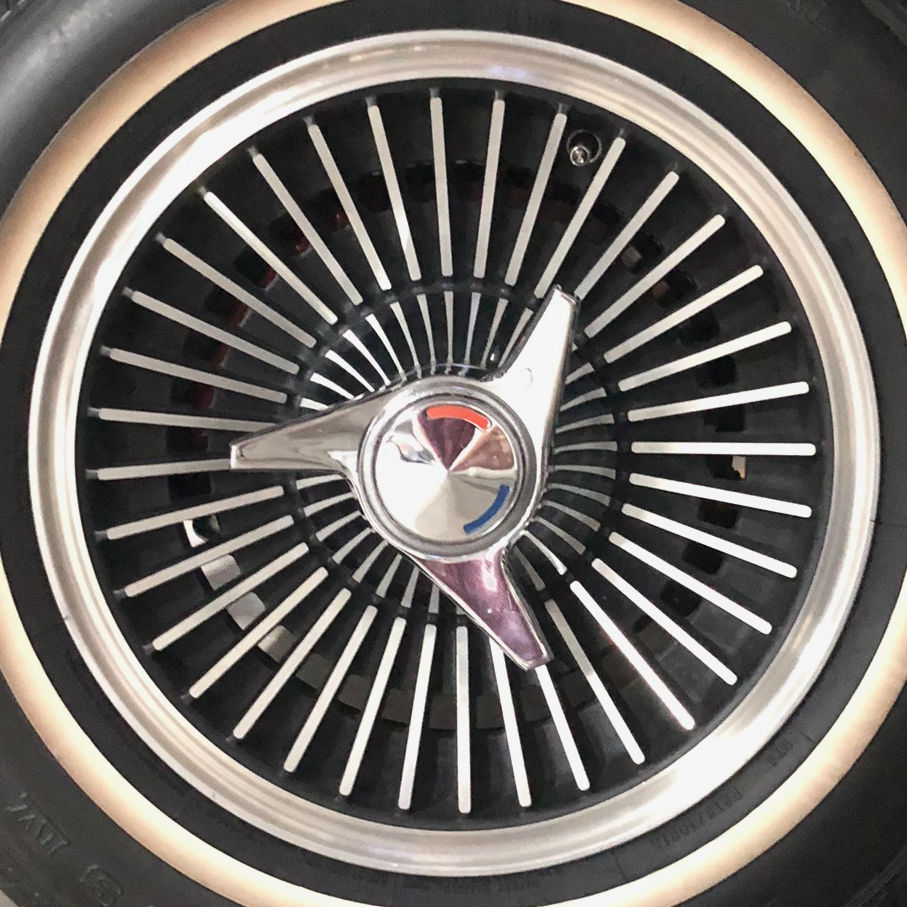 The Red Rocket is fitted with Kelsey-Hayes-style alloy wheels with knock-offs in the correct style for '65 (year to year changes are detailed below). When ordered from the factory they were option P48, however the wheels on the Red Rocket were not factory-fitted. They were actually made by Western Wheel Corp (which was a division of Kelsey-Hayes).

Western Wheel used the old Kelsey-Hayes tooling to manufacture the original style 1963-1966 knock-off wheels from the late 1970’s until the late 1980’s. The date stamps on Red Rocket's wheels indicating they were made in 1987.

Many Corvette owners carry a small screwdriver to help with the removal of the center caps on the knock-off wheel spinners. I've found it difficult to remove these caps without damaging them, so I purchased this Knock-Off Center Cap Removal Tool from Zip Corvette. This tool features a large suction-cup with a t-handle that makes it easy to remove the caps without damaging them. 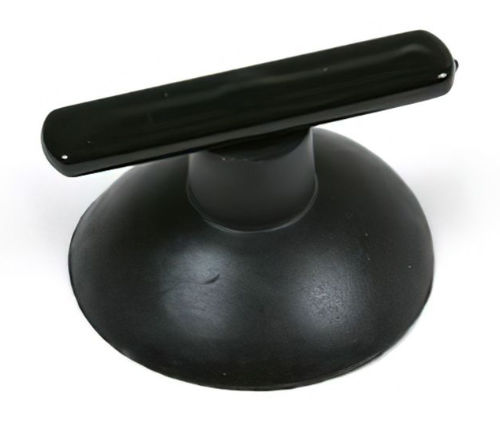 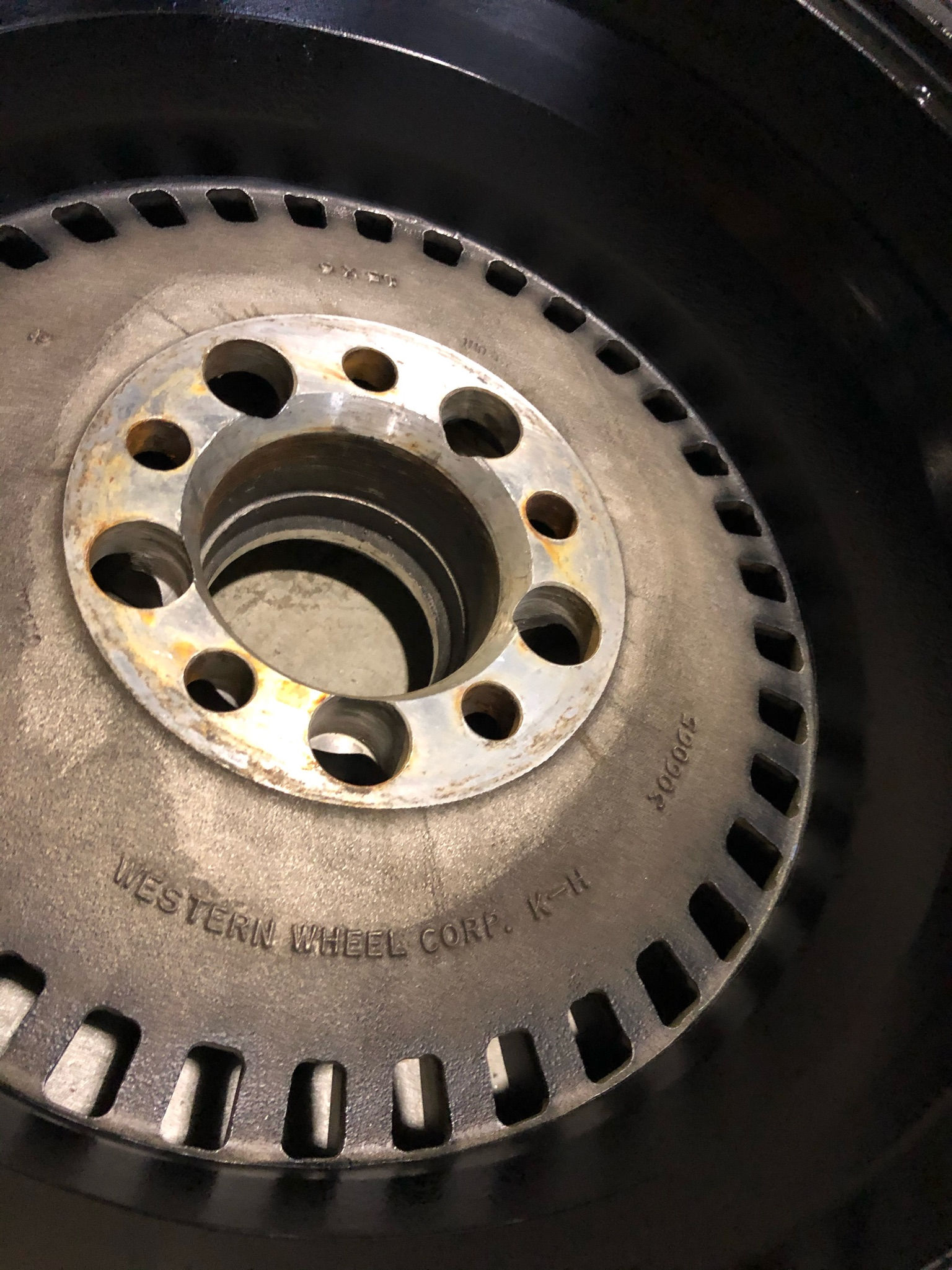 The wheels on the Red Rocket were made by Western Wheel Corp in 1987 using the original Kelsey-Hayes tooling.

The wheels on the Red Rocket were made by Western Wheel Corp in 1987 using the original Kelsey-Hayes tooling.

From their introduction in 1963 through their final year in 1967, the Kelsey-Hayes alloy wheels went through several subtle design changes as detailed below.

It is generally agreed that no production 1963 Corvettes were shipped from the factory with knock-off wheels. But, some race cars and the first few pilot cars did have the early-style, two-bar knock-off wheels installed.

In 1964, the original Kelsey-Hayes wheels had the manufacturing dates ink-stamped on the wheel’s mating surface. For 1965 and 1966, the wheels had the dates hard-stamped on the backside. Then, in 1967, almost as quickly as they appeared, the knock-offs were gone, thanks to federal regulations. The wheels still looked similar, but the rotating spinner was considered unsafe and eliminated.

The Problem with Tyres for Old Cars

Cleaning White Wall Tyres
do you know something about this car? get in touch
The Red Rocket is a ‘65 Corvette Sting Ray Coupe living in Sydney, Australia.