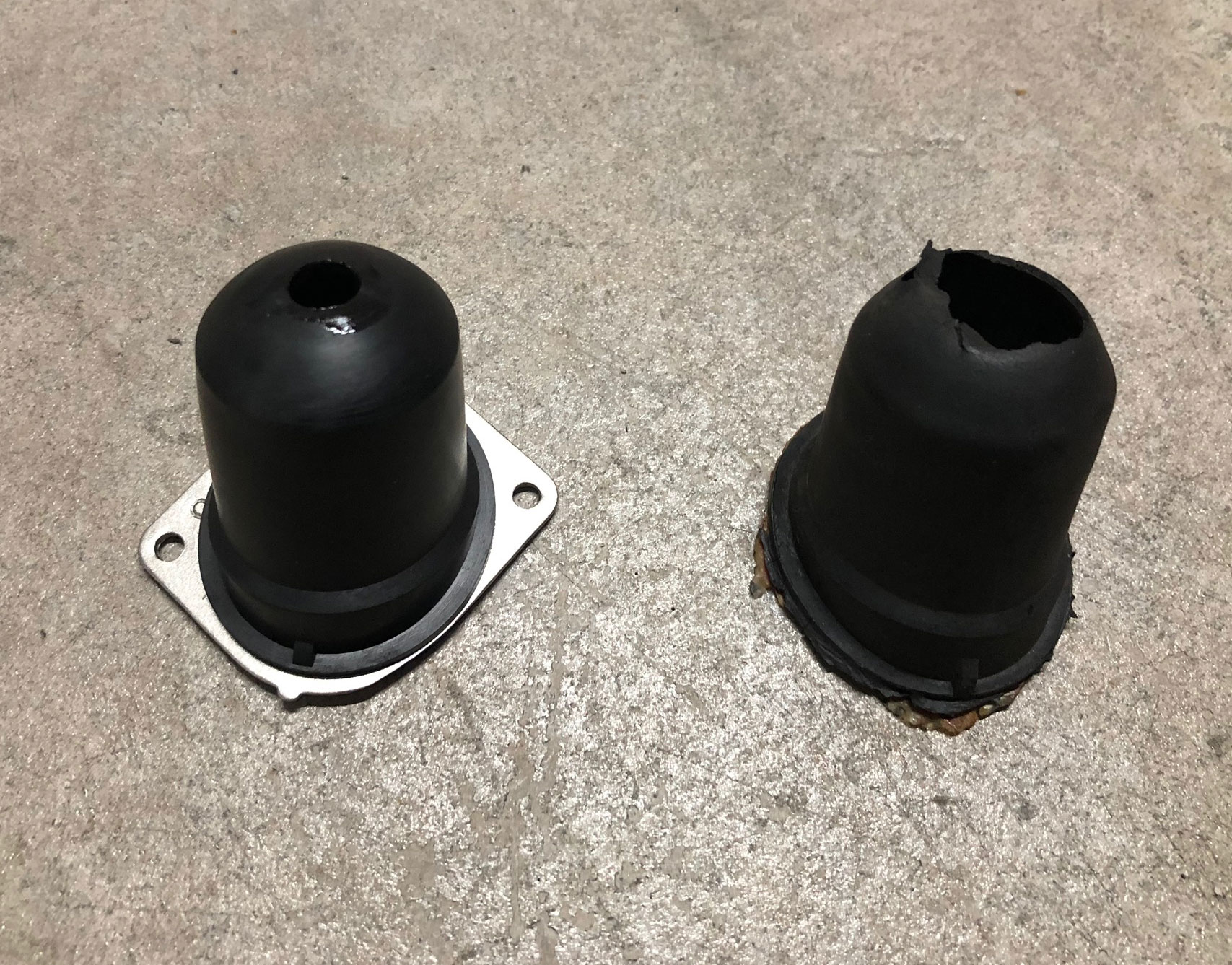 More rubber stuff to replace. I’m gradually hunting down all the boots and grommets that are hiding deep inside the car and replacing them. This time it’s the Clutch Rod Boot, another part from Corvette Central. This boot bolts to the firewall where the clutch rod comes through. Because the clutch rod moves in and out with the clutch pedal, the boot needs to be able to flex in and out too.

As with all things Corvette, there’s a lot of discussion online about how to stop these boots from tearing or splitting. You can see the old one seems to have had the end torn off it, probably from years of in-out action. I applied a small amount of lithium grease to the opening in the end of the boot in an effort to reduce the chance of this happening again.

I also found that the boot wants to pull away from the mounting plate. The groove that holds the boot to the plate is quite shallow, it was never going to hold the boot tight enough. This must have been a known problem, as the boot design was changed in late 1965 to a design that integrated the mounting plate with the boot — a much better idea. Unfortunately these later boots won’t fit early 65 cars.

My solution was to glue the boot to the plate with super glue. This is invisible from the outside and seems to be holding up OK so far.

Shifter Boot Replacement
do you know something about this car? get in touch
The Red Rocket is a ‘65 Corvette Sting Ray Coupe living in Sydney, Australia.