The Red Rocket's L79 327 runs the original dual-plane high-rise aluminum intake manifold (part number: 3844461). Often referred to as the 'snowflake' manifold (due to the snowflake-like Winters logo in the casting), these intakes were introduced on the 365hp Corvette in 1964 and also used on L79-equipped Corvettes and Chevelles from 1965 onwards. GM also sold this manifold as a replacement part.

Similar in design to the popular Edelbrock Performer intake, the 3844461 manifold was designed to be used with a Holley 4150 4-barrel carburettor.

The Red Rocket's intake was in great condition, with no sign of any repairs or modifications, it just looked oily and dull. I had great results from vapour blasting the valve covers, and with the manifold off the engine (due to the ongoing rebuild), I decided to send it to Sydney Vapour Blasting for cleaning (link below).

Vapour blasting is perfect for restoring aluminum parts. It's non-destructive, and produces a finish that looks almost like the piece has been painted. It's claimed that vapour blasting also 'peens' the surface, closing up small pores in the aluminium that can trap dirt, making it easier to keep the blasted piece clean (unlike sand blasting, which produces a rough surface than can trap dirt).

Sydney Vapour Blasting do a great job, and the cost is very reasonable (they charge by the hour). You can see from the photos below that the manifold looks absolutely brand new, and the brass fittings look great too. 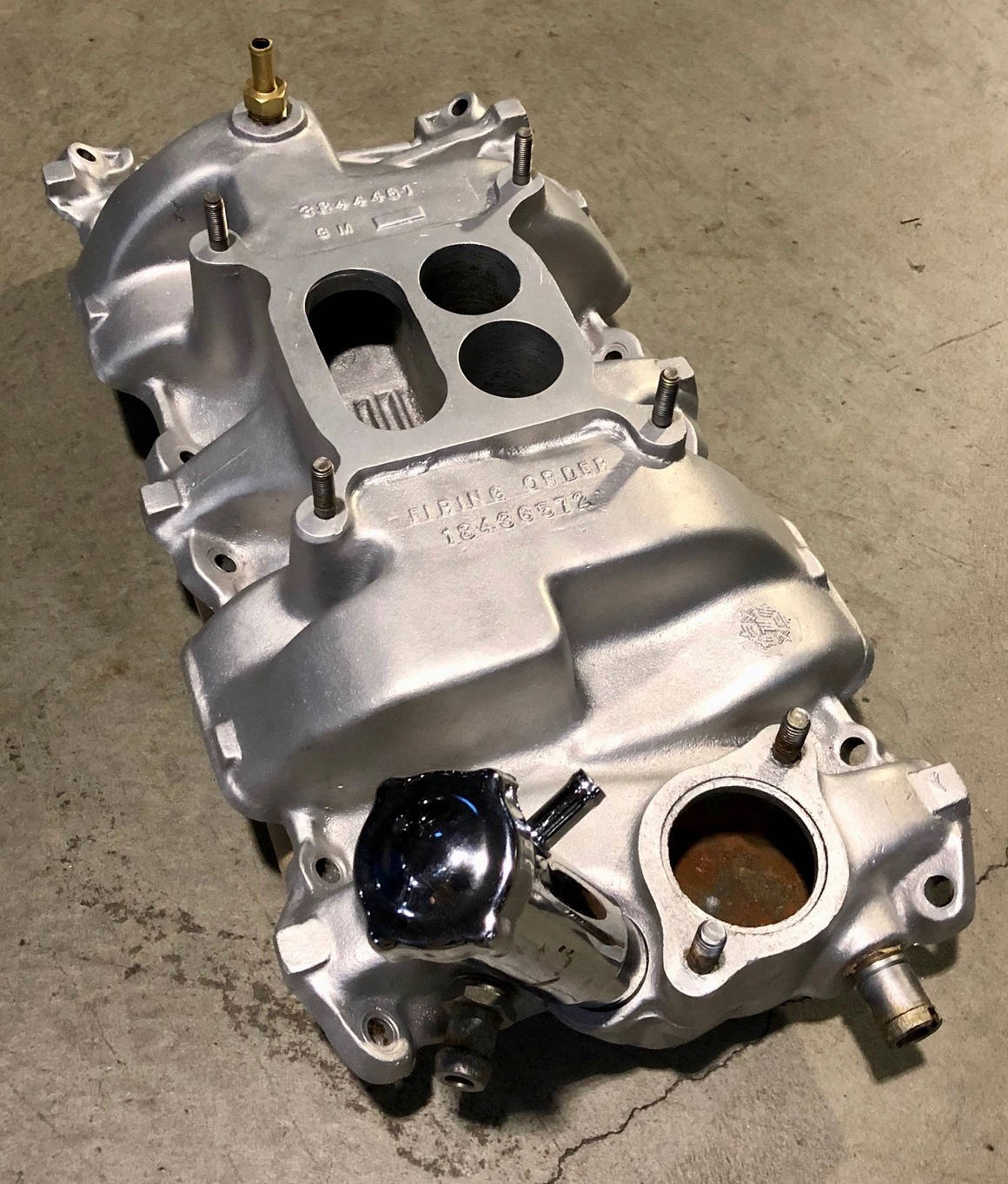 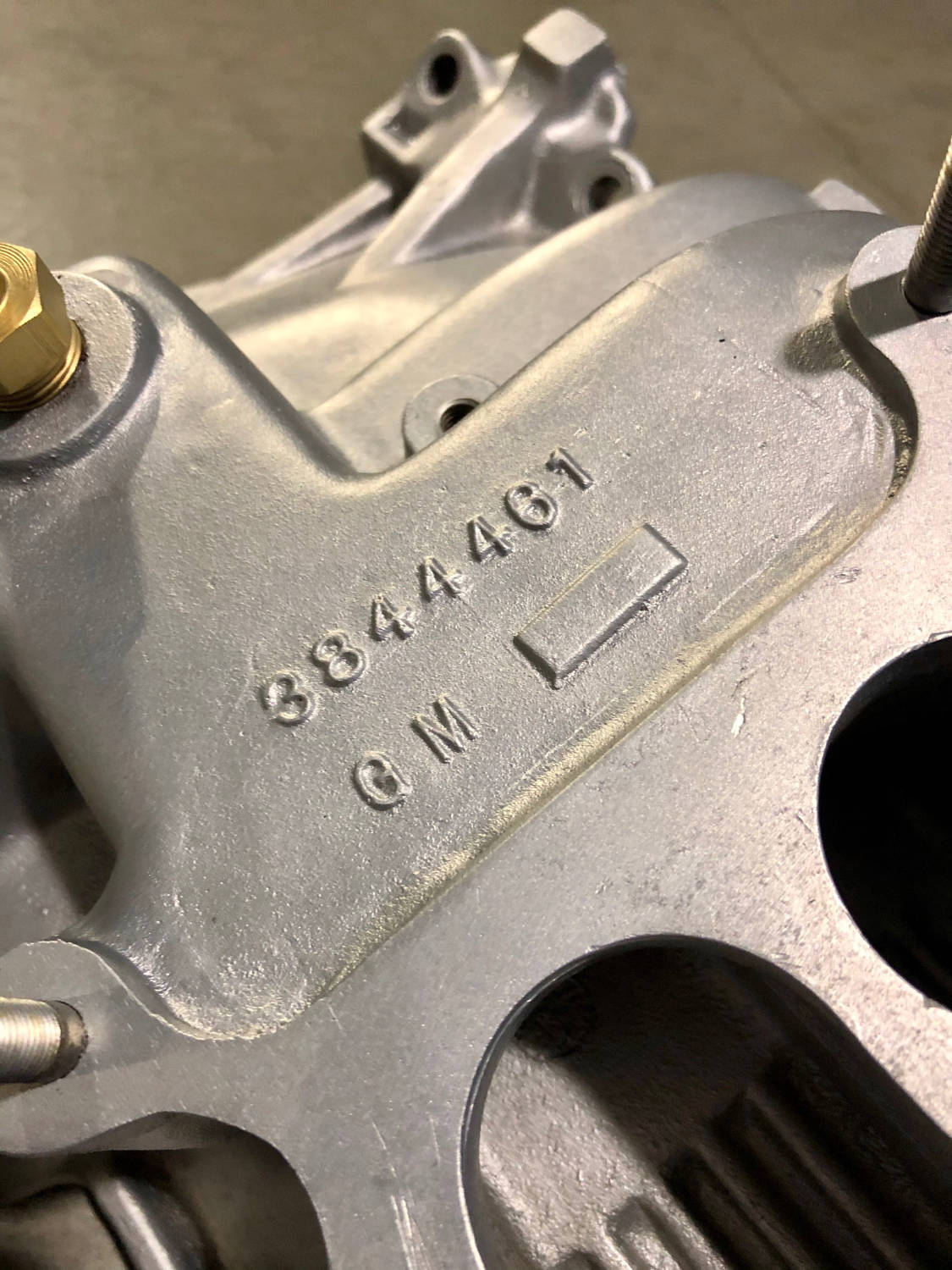 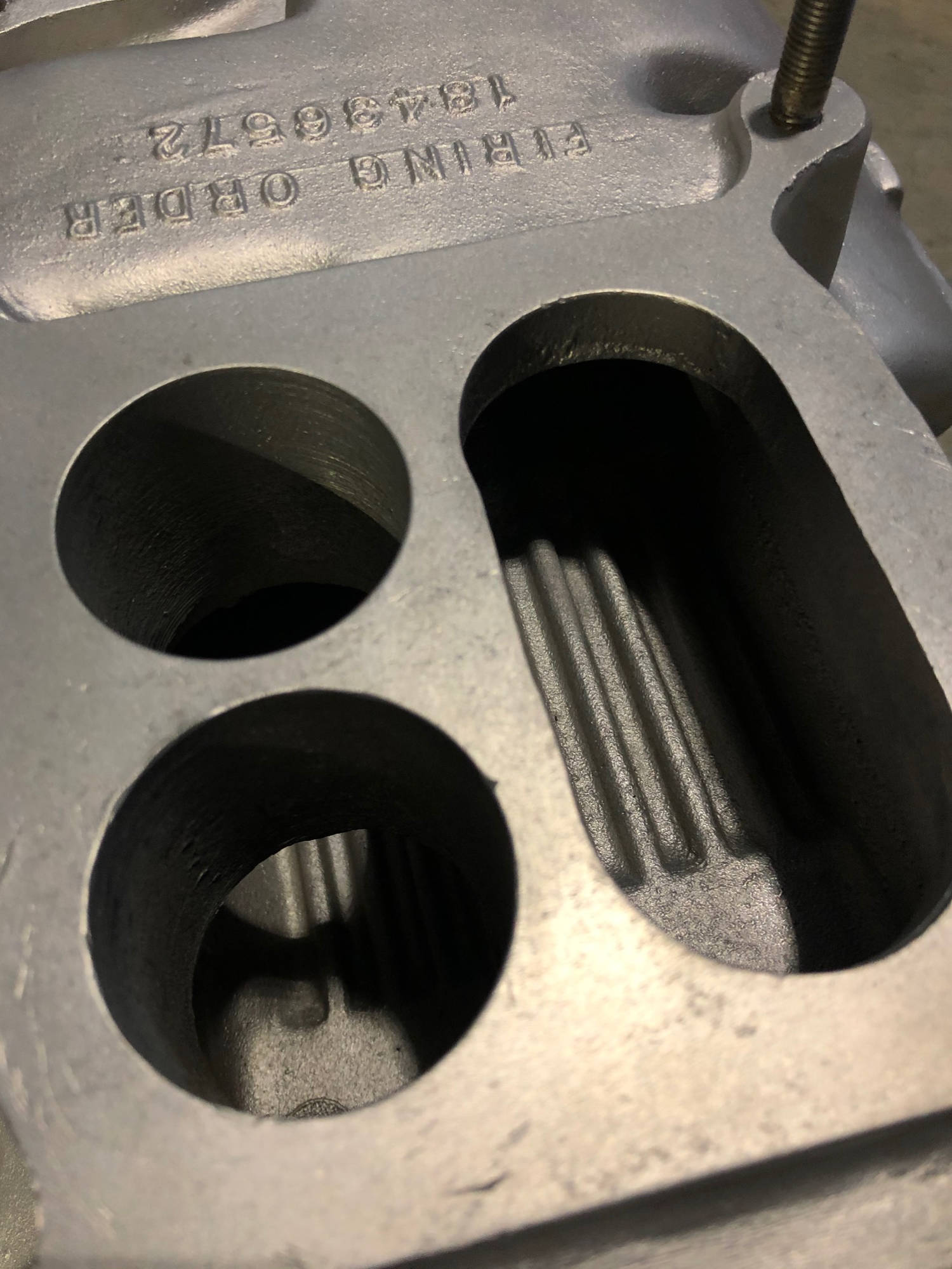 Aluminum Valve Cover Restoration
do you know something about this car? get in touch
The Red Rocket is a ‘65 Corvette Sting Ray Coupe living in Sydney, Australia.