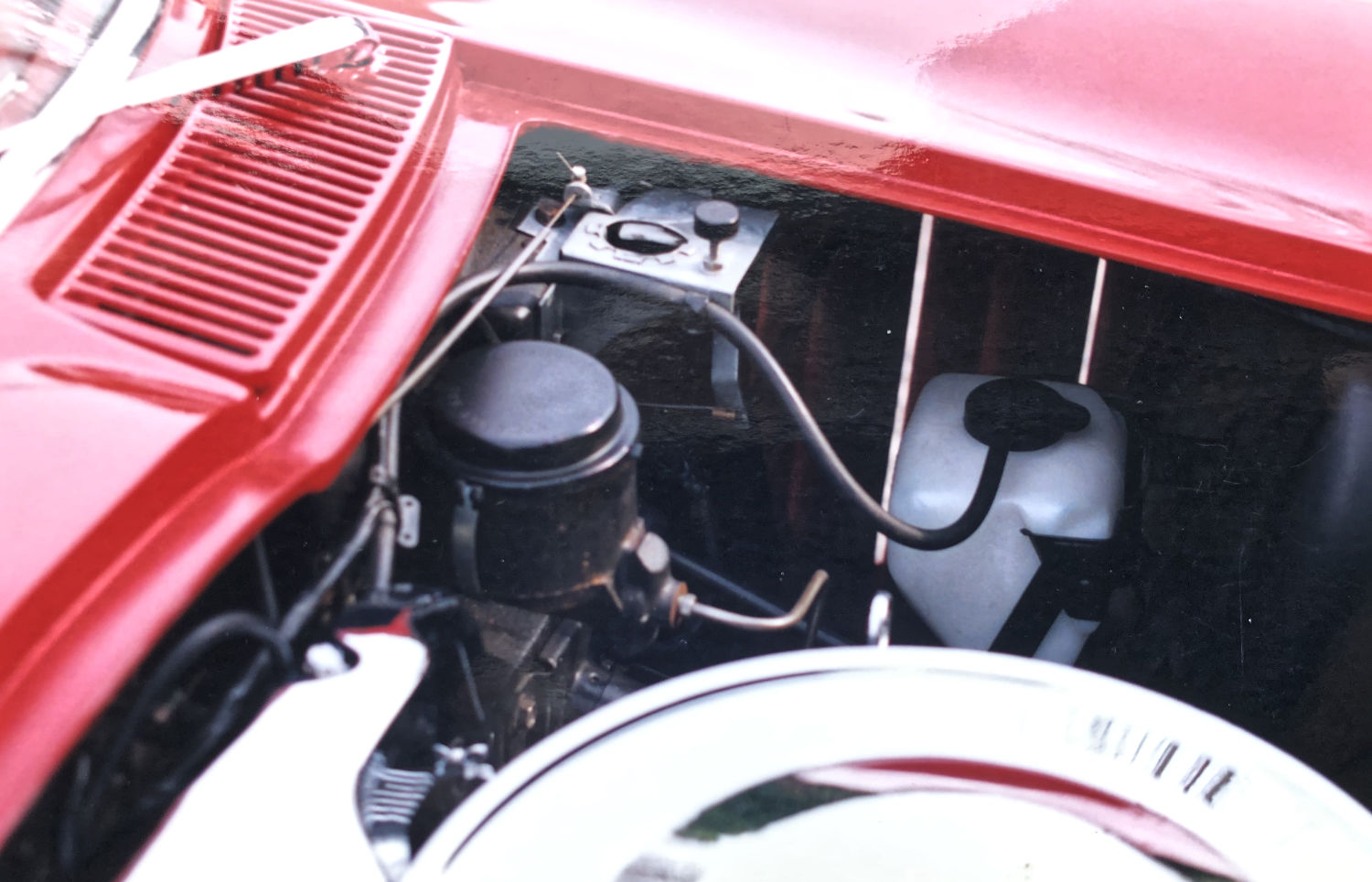 This image (taken in April 2000 by owner Mike DiCola) shows the original, unassisted single-circuit master cylinder. This original part is still with the car.

The Red Rocket is a very original car, with very few changes from the way it left the factory in 1965. Previous owners have made some changes, mostly aimed at improving safety and reliability rather than performance. One of those changes was the installation of power brakes and a dual-circuit master cylinder.

Although the Red Rocket came from the factory with disc brakes on all four wheels (a first for the 1965 model) it also came with a single-circuit master cylinder without power assistance. The photo above shows the engine bay with the original master cylinder in place. In modern traffic, following modern cars with vastly superior braking, this set-up would be extremely dangerous.

Wisely, the brakes were upgraded in 2011 (by owner Jesse Phinney) with a dual-circuit master cylinder, proportioning valve and power booster as used in the 67-68 Corvette.