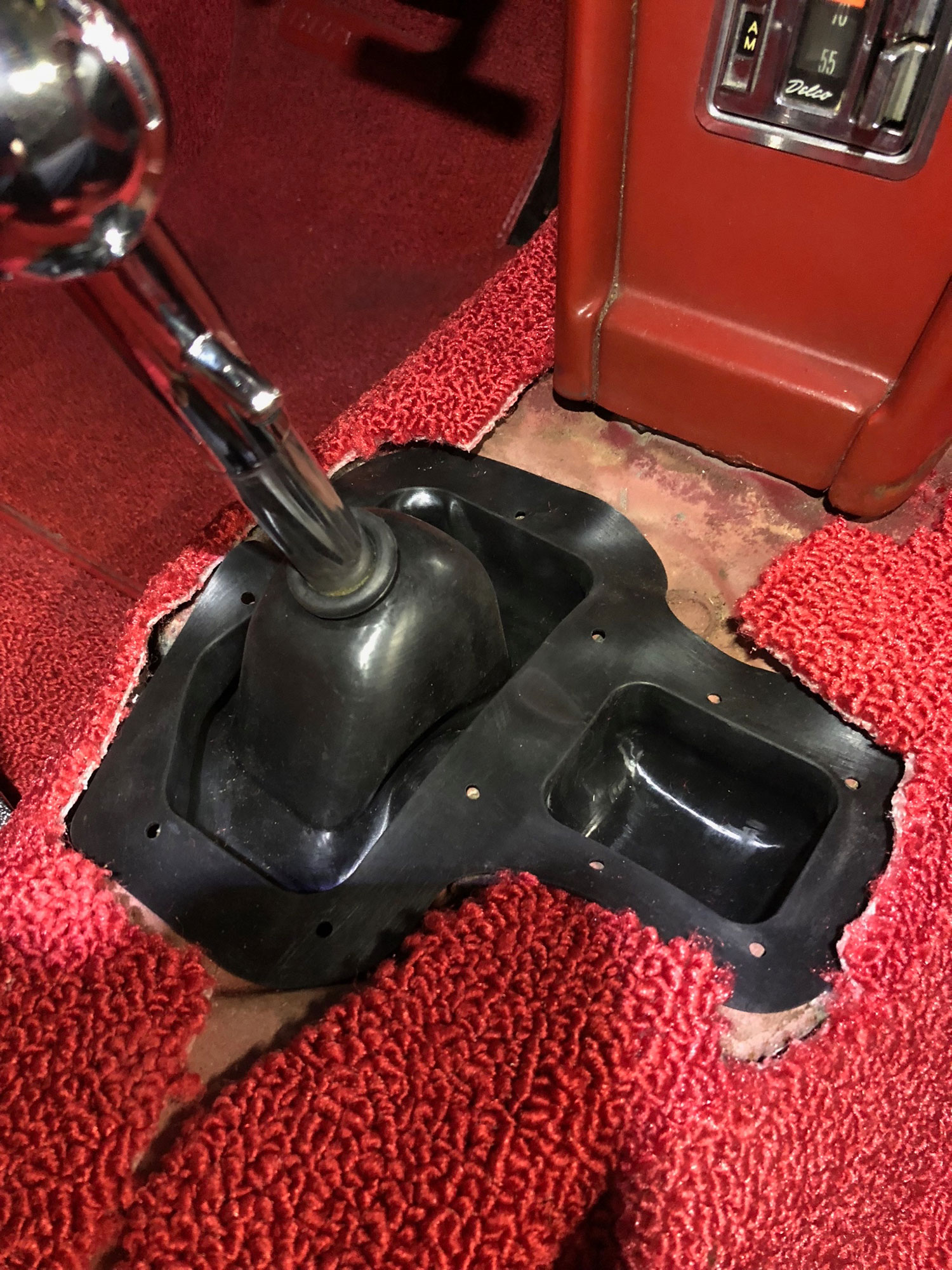 In a C2 Corvette, the only thing between you and the hot, noisy underside of the car is a thin layer of rubber — the shifter boot. Remove the boot and you may be surprised to see the front universal joint — and the ground! The boot in The Red Rocket was badly torn, allowing a stream of hot air (not unlike a hair dryer) to blow in to the cabin.

I hunted around for a suitable replacement, settling on one from Zip Corvette. The original boots were dip moulded, but replacements all seem to be injection moulded. The first one I received from Zip was faulty (it was very thin in places), so they told me to keep it and sent me a replacement.

Now that I had two boots I decided to fit them both, the faulty one first and the good one over the top. I added a layer of 100% wool insulation between the two in the hope that it would provide better heat and sound insulation. The end result looks good, and I think the insulation does make a difference.

Clutch Rod Boot Replacement
do you know something about this car? get in touch
The Red Rocket is a ‘65 Corvette Sting Ray Coupe living in Sydney, Australia.