Galen was 38 years old in 1991 when he bought the Corvette from Glenn Folks. I was able to contact Galen, and his recollection of his time with the car was amazing. We exchanged several emails, with Galen providing a lot of background on the Corvette. The full text of these emails can be found in the Journal.

Galen did a body-on restoration. In his opinion, at that time the body had not been off the frame, and the engine had not been out of the car.

Galen kept meticulous, hand-written notes of all the maintenance he carried out. The folder containing all these notes was not with the car when I purchased it, but thanks to Bill Gould at Auto Ancestry I was able to track it down, and it's now the centrepiece of the car's history file.

“The rear is a 3:70 posi … it winds up really quick. I raced a Ferrari on the street and had him for about a block then he flew by me.” 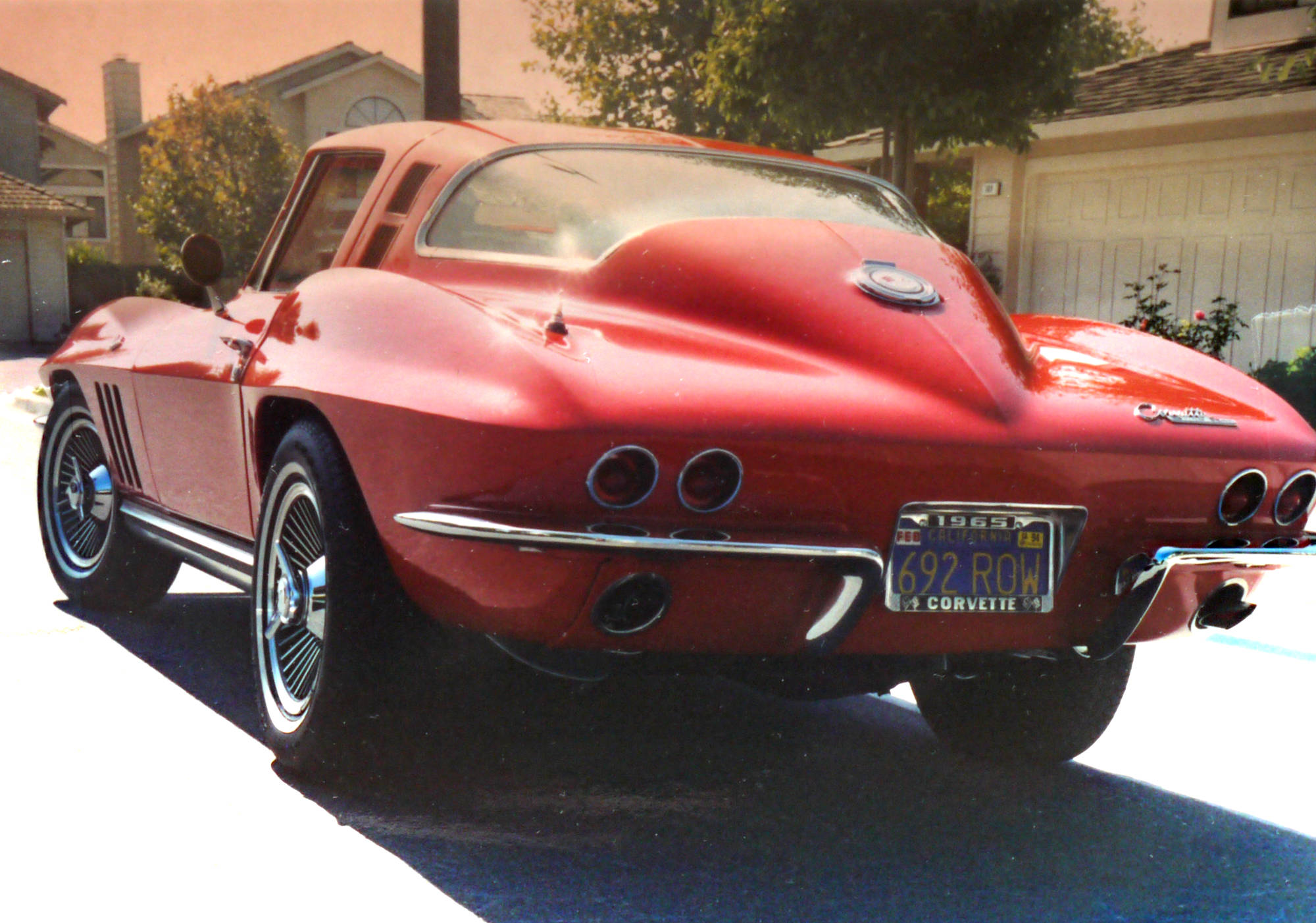 This view of the Red Rocket (taken around 1994) is from a collection of restoration photos taken by Galen Dae.