Rob Hackett owned the Corvette for a little over a year, selling it to help fund the purchase of a Lamborghini Diablo (nice!). Rob was a real 'car guy', he raced historic Alfa Romeos and had owned many 'hot' cars. Rob was a member of the Highland Cruisers car club, and the Corvette was shown at club events.

Rob did some suspension work on the Corvette, including new rubbers and bushings and Koni shocks all round. He also fitted a new 600cfm Holley 4150 carb (same spec as standard). 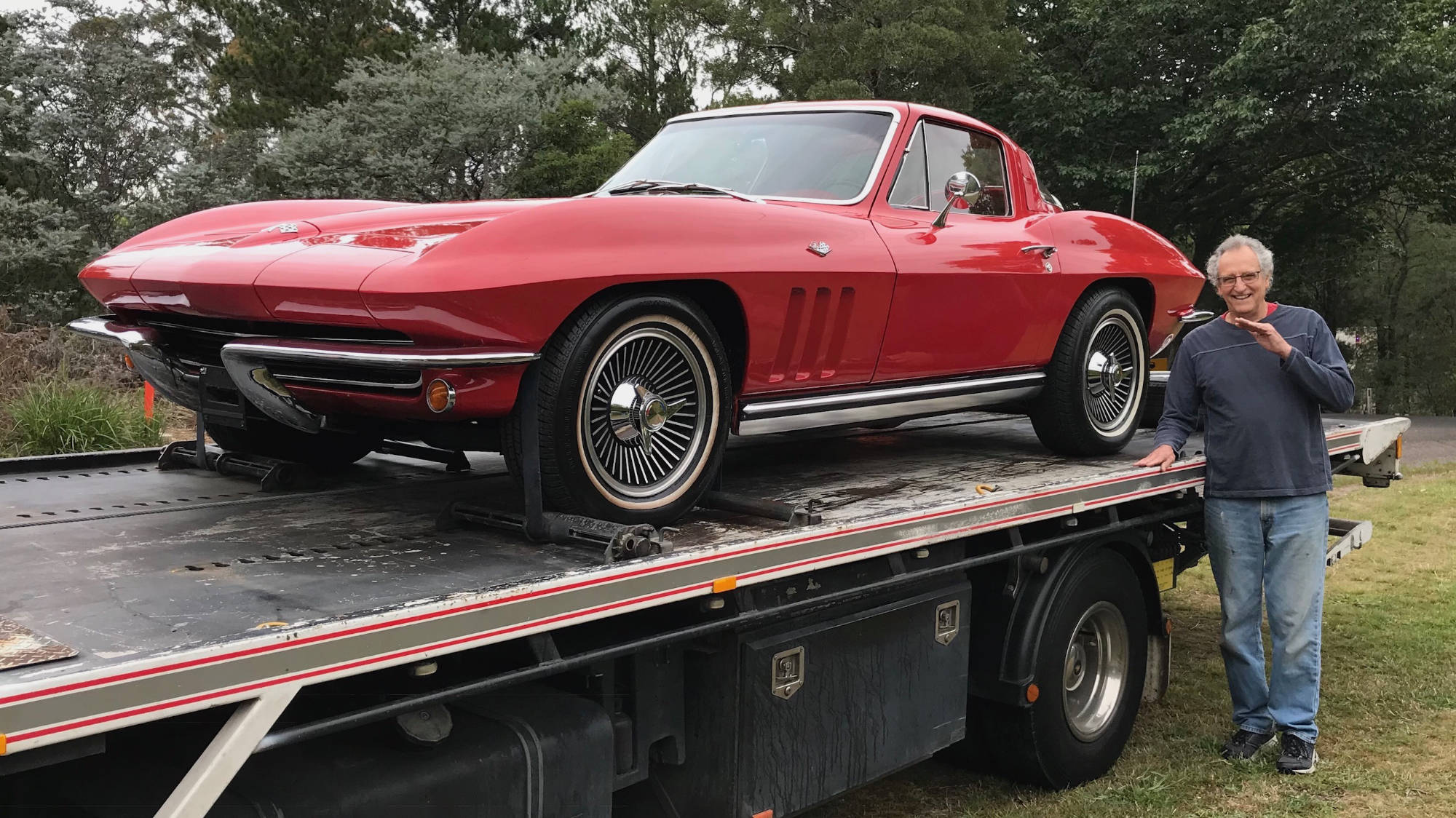 Rob says goodbye to the Corvette for the last time in February 2018 as it heads to its new home in Sydney.

Rob Hackett Photo Gallery
do you know something about this car? get in touch
The Red Rocket is a ‘65 Corvette Sting Ray Coupe living in Sydney, Australia.