Glenn Folks was an employee of Wente Winery in Livermore CA, and he purchased the Corvette from Larry Park's 'Park Performance' in Milpitas, California (visit the History page for more on Larry Park). According to Galen Dae (who purchased the car from Glenn), he was not a 'car guy', selling the car after owning it for only a year.

Neither Bill Gould nor I were able to contact Glenn, however I did contact Glenn's sister Susi. She remembered 'that little car' and passed on the story about Larry Park. 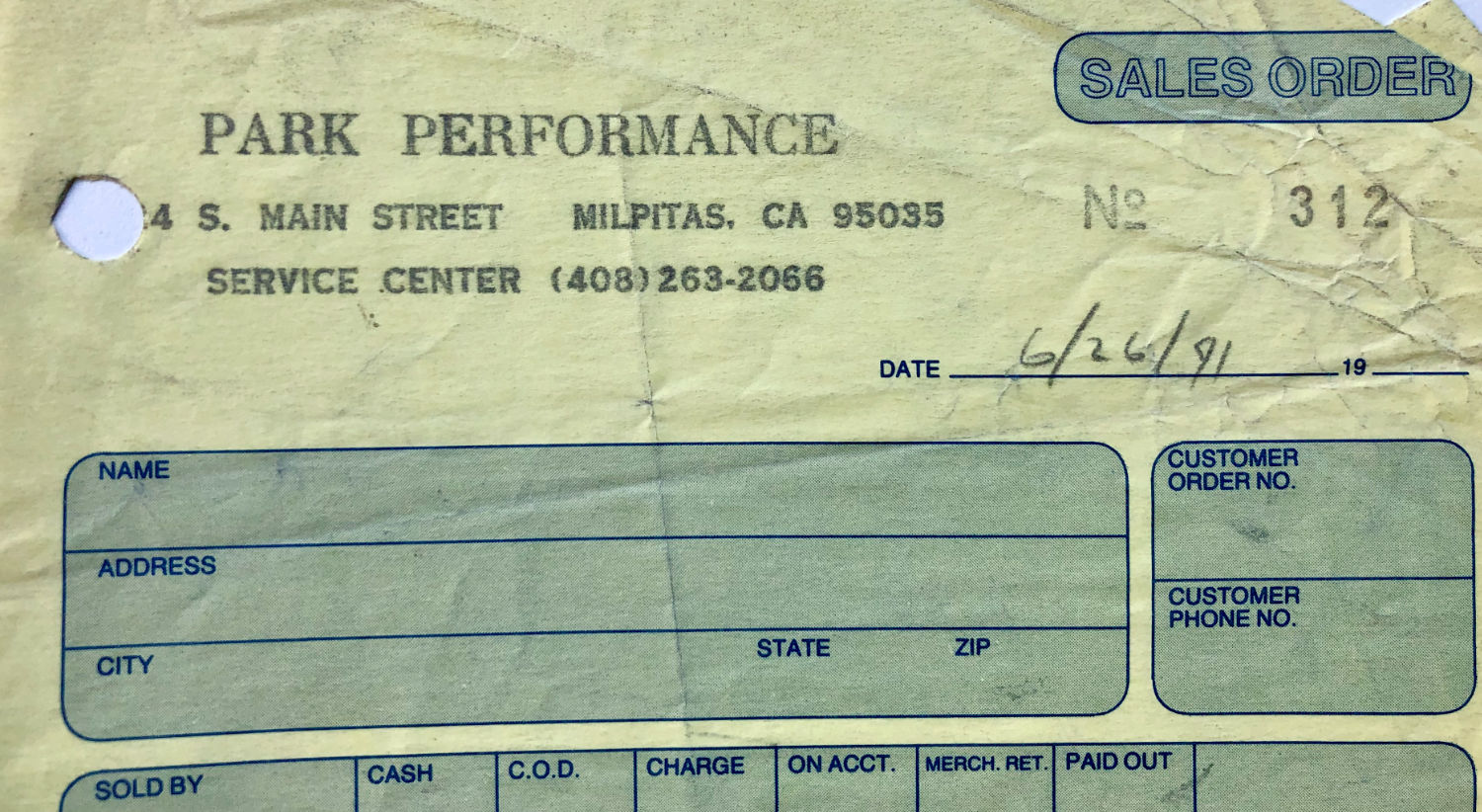 This receipt from Park Performance in Milpitas was found in the folder from Galen Dae. It's the only paper record of the Corvette's connection to Larry Park.
Read about Larry Parks Shooting